Seven Things You Should Never Cook on the Grill

Top chefs crush your summer dreams, from shish kebab to salmon and beyond. 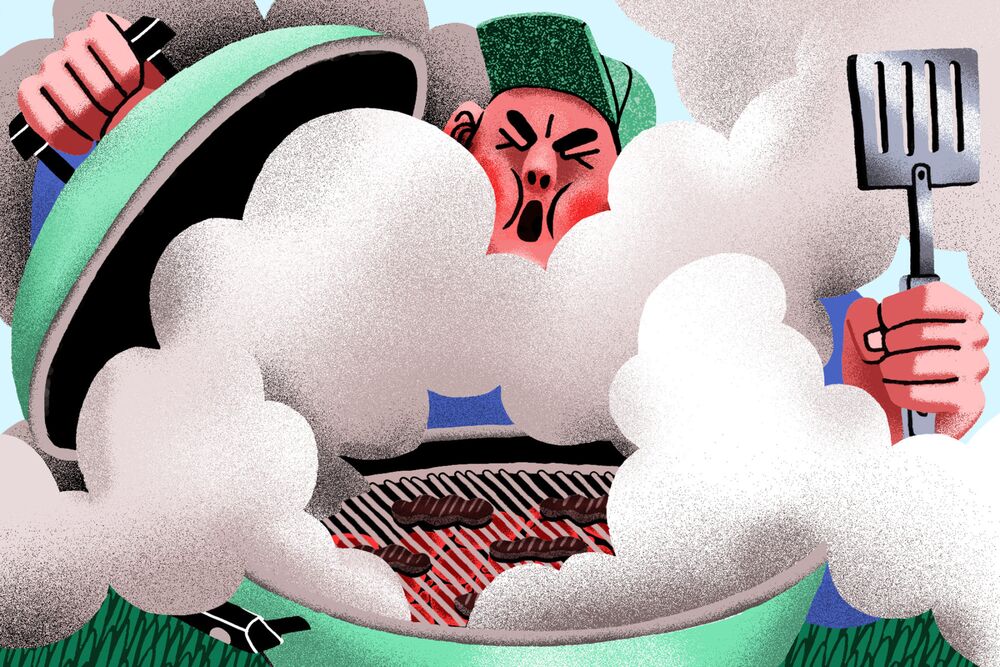 Few things conjure up the feeling of summer like a fully loaded grill. Steak and burgers, a couple salmon fillets, charring over fire while someone in an ironic apron flips and turns, beer in hand.

We interrupt this idyllic scene to report a problem here.

You’re grilling the wrong things. That burger there? If you want the best, juiciest, well-seared beef, take that patty off the grates, argues chef Daniel Herget, of Little Octopus in Nashville, Tennessee. And that salmon? Take it back inside.

Because it's the season when food magazines are out there trying to get you to grill everything from chickpeas to scallops, we spoke with top chefs around the country to find out which foods you absolutely should not put over the coals. They came back with a whole roster of no-nos, from pizza to flaky fish. They’re best cooked in other ways.

The following list is simply a guide. Feel free to grill anything and everything you want to—grilling is all about freedom, after all. But don’t say we didn’t warn you. 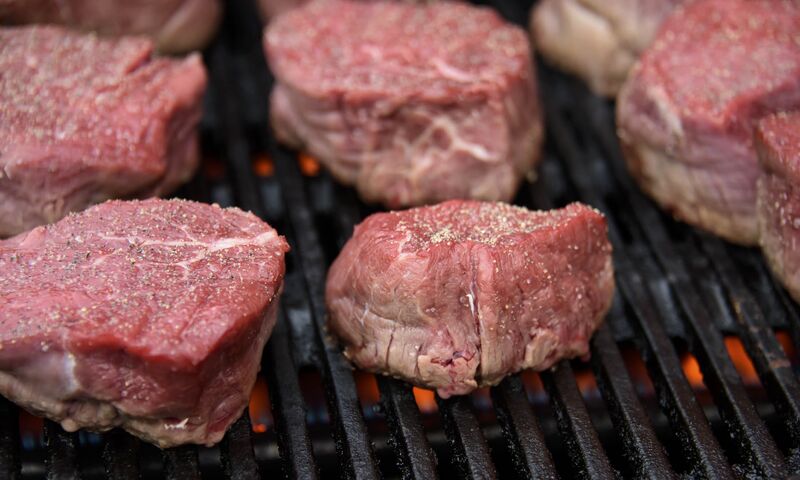 You're missing out on optimal caramelization if you grill your filets.

Why: “Filet is a lean cut, so it doesn’t get the same, nice caramelization over the grill as a more fatty cut like a ribeye, where the fat from the steak itself essentially fries the outside as it cooks over the flame. For that reason, I like to sear filet in a cast-iron pan so that I can get that nice Maillard [browning] reaction all around the steak. It adds more flavor to what it a pretty mild cut of meat. Also, because filet tends to be cut more thickly, it’s much easier to get an even rosé color throughout the steak by cooking it in the pan. The same is true for leaner cuts of meat in general.” 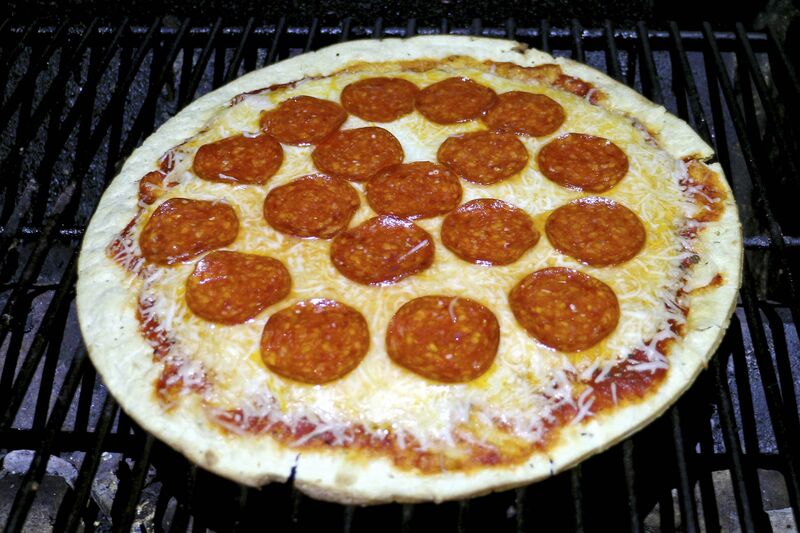 Who Says? Michael Friedman, chef and co-owner of the outstanding All-Purpose in Washington.

Why: “Grilling pizza is just a bad idea. Home grills, as a rule, heat very unevenly. Also, because of outdoor elements, the minute the grill is opened, it loses heat. The best pizza doughs out there have very high hydration, meaning the doughs are very wet. To try and lay down a wet dough on a somewhat hot surface will most likely result in a very disappointing experience. If you reduce hydration and are able to roll out a decent piece of dough, you're still going to have major issues removing the dough from the grill itself, especially after you add toppings. [If you use a pizza stone, you still face the issue of the toppings.] I just don't think the grill can retain enough heat to cook the toppings as much as one would like. In the end, of course you can try to grill pizza. Whether it will be to your liking or not is another story.” 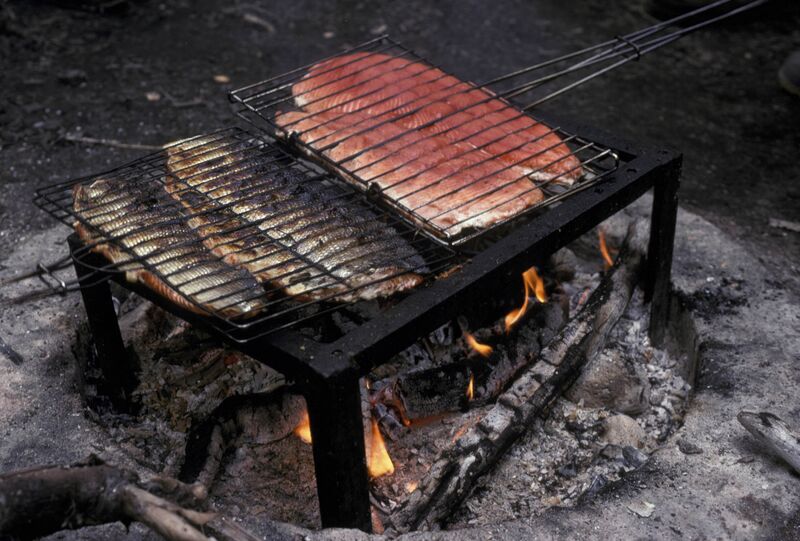 Who Says ? Edward Lee, of 610 Magnolia in Louisville, Kentucky, and star. of Mind of a Chef.

Why: “I don't understand why so many folks grill salmon. The best part is the fatty oils, which render out on a hot grill—leaving a dry, overcooked piece of fish that was once succulent and fragrant. Salmon needs low-and-slow heat to just cook the flesh.” 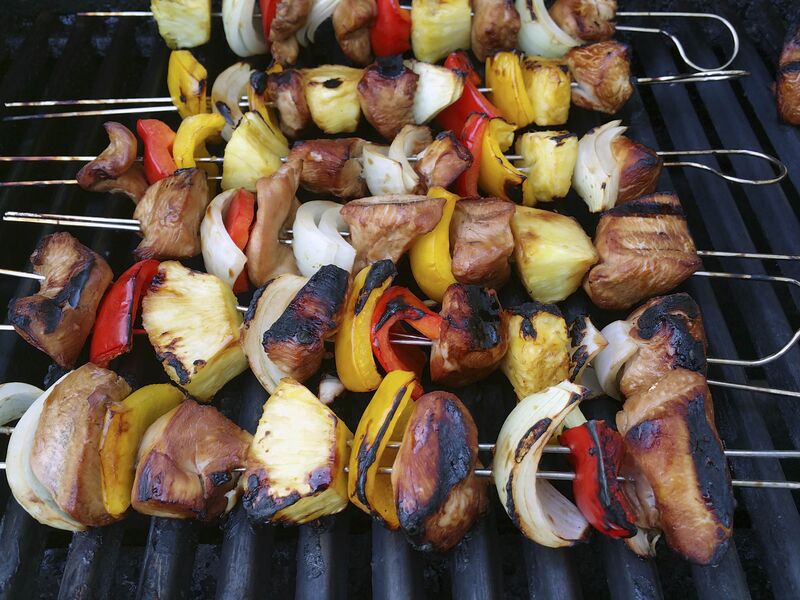 What's wrong with this picture? Shish kebab "needs to stop," according to star chef Sang Yoon.

Who Says? Sang Yoon, whose empire includes Father’s Office and Lukshon, in Los Angeles, and Two Birds One Stone, in St. Helena, California

Why: “Shish kabab needs to stop. I have no issue with grilled meat on a stick, or grilled veg on a stick. Just not on the same stick. Proteins and produce cook very differently and require very different timing. It is physically impossible to cook everything correctly on one skewer. The worst offense is when I see cherry tomatoes sharing a stick with some chicken.When making kabobs, you should separate your ingredients on their own sticks so they can be cooked properly to their own timing. This way you can also season each ingredient independently. Sometimes together is not better.”

Why: "Stay away from grilling white flakey fish like Cod. Stick with meatier, firm-flesh, steak-ier cuts if you will, like swordfish or tuna."

Who Else Says? Giuseppe Tentori of GT Fish & Oyster and GT Prime, Chicago

Why: “I never put halibut, cod, or any other delicate, flaky fish on the grill, because the fire and smoke will completely take over the flavor.” 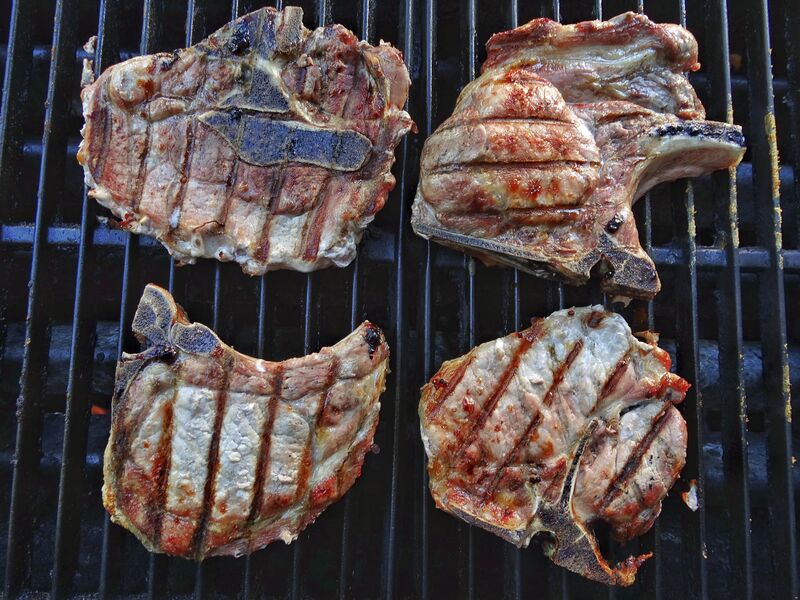 They might look good, but pork chops are even better cooked in a pan.

Reasoning: “Pork chops totally taste better when they’re cooked in a pan instead of on the grill. They have that strip of fat on the outside; rendering that beautiful cap in the pan over medium heat allows you to save that melted fat. It also lets the meat get nicely crisp. In a pan, you can put the chop on its side and baste with that rendered fat, thus enhancing the porky goodness! Try doing that on the grill.” 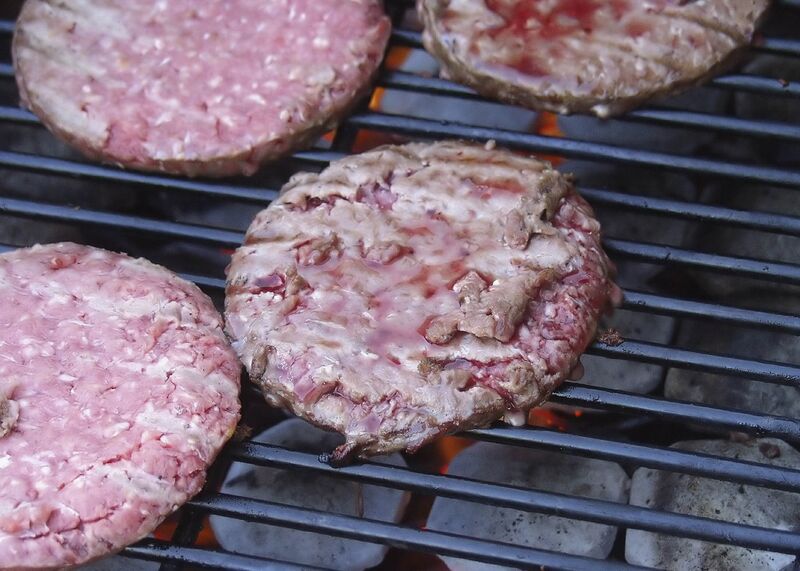 Chef Daniel Herget will caution you not to grill your beloved burgers.

Reasoning: “Burgers should be cooked on a plancha, full stop. Grilling them allows the fat that renders off the meat to be lost, instead of helping to create a heavily caramelized crust on the outside of your beloved burger.”