10 Myths About Men That Are So Wrong — Trust Me, I Should Know 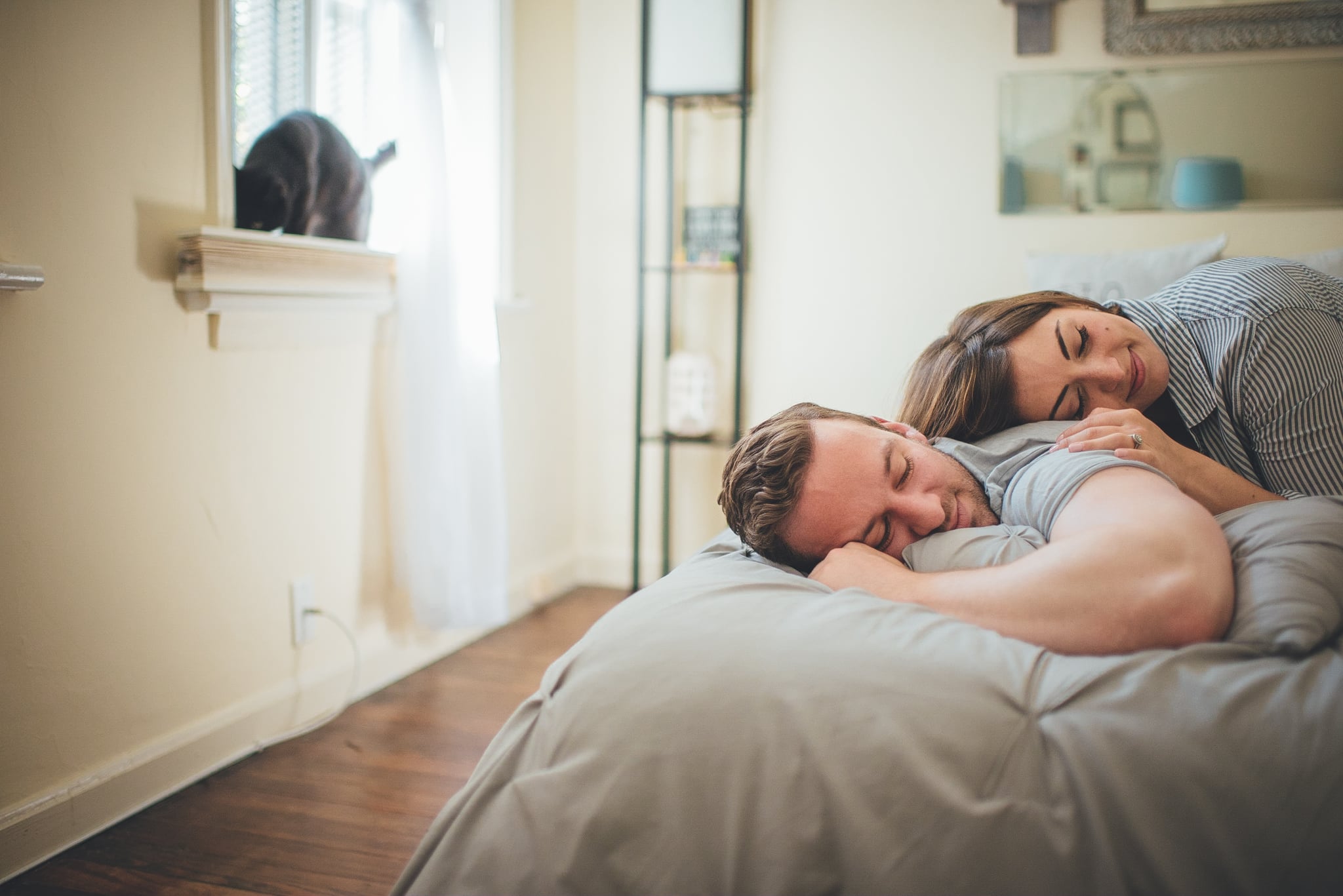 To help better understand men, I've been nominated to do some myth busting on behalf of my gender, and through this article, I hope to clear up some things that decades of television and archetypes have falsely led society to believe is true about men. So instead of using anonymous surveys to determine what is or is not true about men, an actual man is going to clear up some things. So I'm going to do just that.

1. The Myth: Men Are Not Emotional

False! Men are emotional; we've just been taught from adolescence that being emotional is synonymous with weakness, and that weakness is a quality no man should be associated with.

Through learning to care for others, playing with dolls, and other things typically associated with a female adolescence, women have been taught just the opposite and are encouraged to share how they feel. Men, on the other hand, play with action figures and video games that perpetuate violence and encourage toughness. Thus, we usually get angry and/or violent when emotional.

Thankfully, gender norms are being challenged, and hopefully the expression of emotion will become less mutually exclusive among genders.

2. The Myth: Men Are All About Sex

A man's sexual worth among men is traditionally measured by his ability to bed women, just as women's is believed to "save" herself. This discrepancy has therefore led men to pursue women for status.

However, in most relationships, you will find (as I have) that women want sex just as much, if not more, than men do. Again, because this is what we've been taught. When a woman is in an exclusive relationship, she's finally "able" to have guilt-free sex without judgement. Men, on the other hand, are put off the pressure of pursuing women for such shallow means and may appear more tame once in a relationship.

3. The Myth: Men Don't Like Women to Earn More Than Them

While it's been documented that women earn significantly less money than men in the same position, men — at least modern men — are more than OK with women earning more dough than her beau.

Again, dated gender roles have taught us that men should be the sole provider of the household, and that's just not the case anymore. As such, as this transition occurs throughout society, the occasional man may feel insecure about his financial situation — not because he's not supportive of her, but because he feels as though he isn't fulfilling his end of the bargain, and is failing you as a partner.

In my own relationship, I'd earned more money than my girlfriend for most of our relationship, but recently, my girlfriend got a promotion and earns a more solid income than I do. How did I feel? Proud! I love that she's successful in her career. It's actually a huge turn-on. Dated gender roles aren't going to get in the way of my girlfriend's success or my emotional support as her boyfriend.

4. The Myth: Men Only Care About a Woman's Appearance

This one's just stupid. Men aren't cavemen captivated by appearances. Both men and women look for the same or similar qualities in a partner. As we age, these qualities evolve as we experience failed relationships. Though admittedly, when we're young, we tend to be more shallow and date the "hot" ones.

As a result — like the conclusion to most romantic comedies — we discover looks aren't everything. Men and women really aren't that different when it comes to what we seek in a partner. Looks absolutely play a factor, but this isn't exclusive to men.

5. The Myth: Women Are More Insecure About Sex Than Men Are

It's finally coming to light that guys can be insecure. But since insecurity is yet another sign of weakness in men, we aren't so forthright with this prospect, especially concerning sex. For instance, like you, we aren't sure how you'll feel about our naked bodies — do we have too much body hair? What's her stance on circumcision? Will we measure up? Do we even compare to the last dude you slept with?

6. The Myth: A Man Is Only Turned On When He Has an Erection

Nope, not true. Just because we don't have a boner doesn't mean we're not into whatever's going on. Just like a woman isn't always wet when she's turned on. I mean, if this was the case, I'd have a boner every time a pizza was placed in front of me.

7. The Myth: Men Are Selfish Lovers

This couldn't be less true. While the traditional "bad boy" might only care about his orgasm since finding a willing woman doesn't take him much effort, most men I know pride themselves on their ability to cultivate a woman's orgasm. I certainly do.

Not being able to do so is a disappointment and challenges his manhood (though it shouldn't). Of course, the selfishness displayed during sex is greatly impacted by the seriousness of the relationship he's in. If a man has feelings for a woman, he'll want to get her off so she — hopefully — finds him more attractive as a potential partner.

So untrue, but understandable. We always tend to blame ourselves when something doesn't go right sexually. But, like women, a lot of men can't reach orgasm, and these are, for the most part, the same reasons you can't.

It doesn't have anything to do with you, per se, but something else — alcohol, a poor diet, etc. Too many people regard the conclusion of sex being the orgasm, when this shouldn't be the case. Men fake orgasms too, for this very reason. If you two enjoyed the sexual encounter, that's all that should matter.

10. The Myth: Men Can't Be Friends With Women

Why not? Believing a man and woman can't be friends is just ignorant. This is no different than believing a gay man wants to have sex with any man who crosses his path. Growing up, I had many female friends, most of which I didn't want to pursue a relationship with (others, I'll admit, I did, and I was ultimately shut down). In fact, I just reunited with one who I hadn't seen in a little over a year, and she is, without a doubt, one of the most reliable and trustworthy friends I've ever had and I wouldn't trade our friendship for anything, let alone the complicated implications of sex between friends.