Do Not Order Burgers at Restaurants 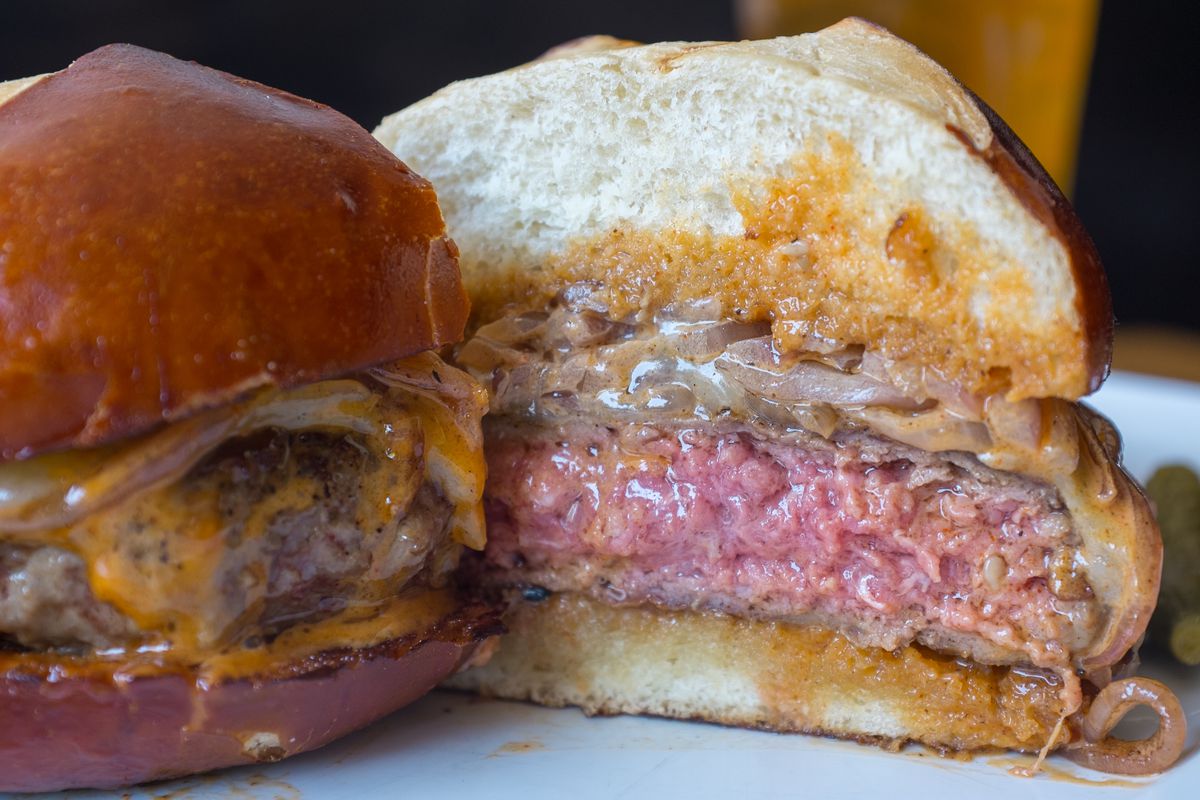 It’s just too much! Nick Solares

New York is having a moment of glorified common fare — regional pizza, artisanal breads, breakfast sandwiches. But we are not, by any measure, living in a golden age of restaurant burgers.

Make no mistake: We love burgers. The problem is the culture behind them. Nearly 15 years since Daniel Boulud received ample publicity for gourmandizing the burger — stuffing it with foie gras and short ribs in a style that evoked the meaty terrines of his Native Lyon — chefs are still largely focusing their efforts on transforming the lowly burger into something of gustatory excess and charging a lot for it.

The restaurant burger, in short, needs to be slimmer, should show off some char, would benefit from fewer toppings, and could be forged from a larger variety of animal meats (or vegetable proteins). And it should cost less than $20. Until that happens, ordering a restaurant burger is often a waste of time, money, and calories. If you must, order a burger at Shake Shack, P.J. Clarke's, or a fantastic diner instead.