A 'swineapple' recipe has gone viral, but would anyone actually eat it?

The viral creation has whipped internet users into a frenzy… but would you eat one? 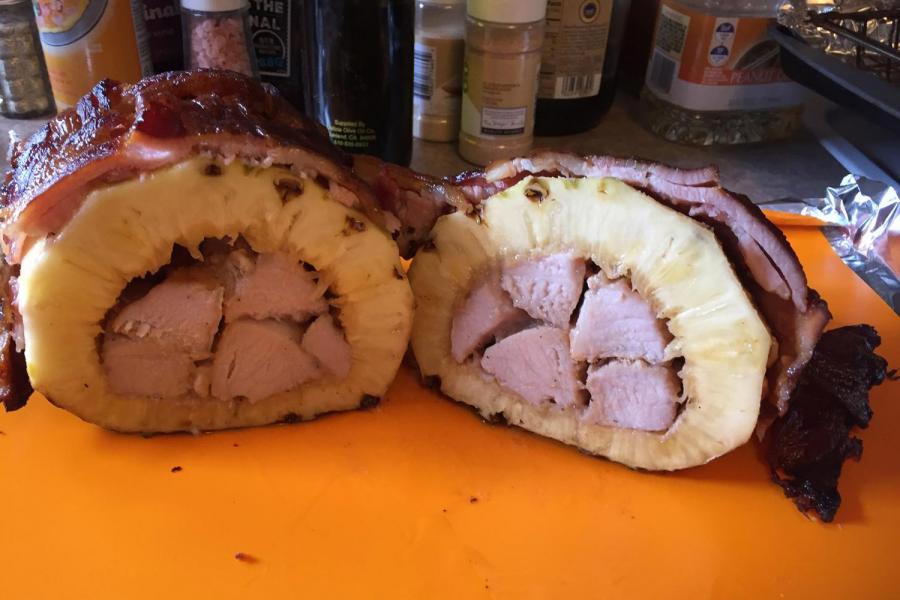 Calling all Hawaiian pizza lovers, there’s a new viral food craze that will take your ham and pineapple game to the next level.

Meet the ‘swineapple’ - a foodie creation that has whipped internet users into a frenzy of both delight and disgust.

The experimental dish has gained attention on Imgur, after a home cook posted a picture of their so-called swineaple onto the photo-sharing forum, with step-by-step instructions of how to make one at home.

Much like the name suggests, the porky dish is created by latticing the outside of a pineapple with bacon and stuffing the inside with chunks of boneless pork loin.

Imgur user WhiskeyJelly then advises cooks to to put their stuffed pineapple into the oven to roast for five hours, until the bacon shell is golden and crispy.

Like most viral food creations, the meat feat has divided internet users into two camps of utter amazement and utter revulsion.

"I would honestly marry this and try to have babies with it," wrote one impressed user.

"I know what I'm doing this weekend," added another. Others however, were not so keen to tuck into the sweet and savoury creation.

“This looks like it would be awesome if I could actually stand the taste of pineapple,” commented one unimpressed user.

This is not the first time the DIY dish has done the rounds on the internet.

The ‘swineapple’ was first created by Josh Bush of LaPorte, Texas, who first posted his creation to Facebook back in 2015.

The concept went fairly under the radar at the time, but this year, it has found foodie fame on social media - garnering thousands of likes and shares.