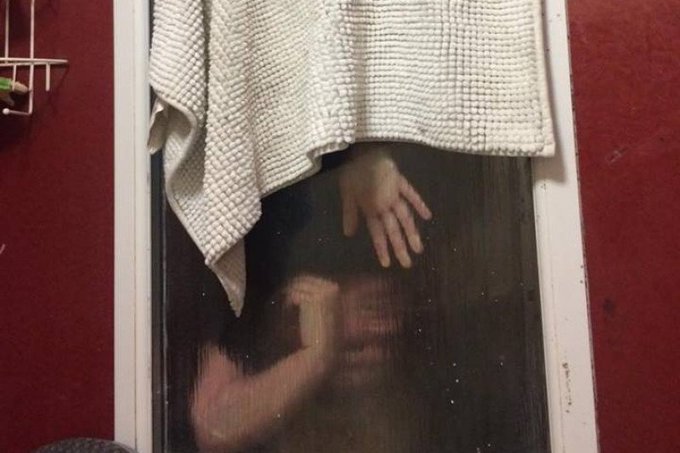 Thought your first date was crap? This Tinder hookup ended with a woman being pried off a window after she got stuck trying to grab her poop.

On Tuesday, Liam Smyth launched a GoFundMe campaign to replace his $357 window — after firefighters had to destroy it to save his feces-flinging Tinderella.

It all started when Smyth took his date to Nando’s, a Portuguese restaurant in Bristol, UK. Afterward, he took her back to his apartment, where they Netflixed and chilled.

But when his date got up and went to the bathroom, she returned in a panic.

“ ‘I went for a poo in your toilet,’ she told me,” Smyth wrote on his GoFundMe campaign site. But when the toilet wouldn’t flush, she lost her head a little: “I reached into the toilet bowl, wrapped it in tissue paper, and threw it out of the window.”

Unfortunately, her poop didn’t make it out the window at all. Due to a design quirk, the bundle instead fell inside the wide gap between the window’s two panes.

With the night already ruined, the pair went into the bathroom to try to solve the crappy problem. The windows open from the top, so Smyth’s date — an amateur gymnast — got a boost from Smyth, then went upside down into the gap from above, grasping for her turd.

Her No. 2 rescue mission was a success: She handed the bundle back to Smyth.

But when she asked him to pull her back in, he couldn’t.

After trying for 15 minutes, Smyth called the fire department. She was rescued after an additional 15 minutes, but firefighters had to destroy the window in the process.

A rep for Avon Fire and Rescue service told the Bristol Post, “We received a call at 22:41 to one female trapped between interior and exterior glass. Two crews were sent from Temple station and she was rescued using hand tools.”

So far, Smyth has received more than $1,000 on his GoFundMe page. He plans to donate the leftover amount to good causes: the local firefighters’ charity and an organization that provides flushing toilets in developing countries.

Despite the messy first date, Smyth says they met up again.

“We did go and meet for a drink to discuss setting up the crowdfunder,” he told Bristol Post. “She’s a lovely girl. I’m not sure what’s going to happen — I’m really busy with my dissertation at the moment — but I’d certainly be open to seeing her again.”