The more you love someone, the more likely they are to steal the covers.

While sharing a bed with your partner has its indisputable perks, getting some peaceful shut-eye may not exactly be a blissful utopia. What was once mutual, selfless love can rapidly transform into an egomaniacal sparring game between the sheets. Bedroom habits are fickle and don’t often align perfectly; loud snoring and overactive body temperatures can spark a bedroom madness that’s not the good kind. In fact, those are just a few of the reasons why married couples sleep in separate beds. However, the top pet peeve of the bedroom isn’t what you’d expect, according to a new survey of 1,000 people by Mattress Inquirer, an industry group.

For the study, participants were asked to rate bedroom scenarios based on a scale of 1 to 10 (with 10 being extremely bothersome). While you may have expected snoring to come in as the winner, most people rated a partner hogging the blanket as their ultimate bedroom pet peeve. Snoring ranked second most annoying; other partner-driven troubles included tossing and turning, and passing gas between the sheets—no arguments there. Issues that didn’t involve partners were outside noises, sunlight streaming in, and room temperature. 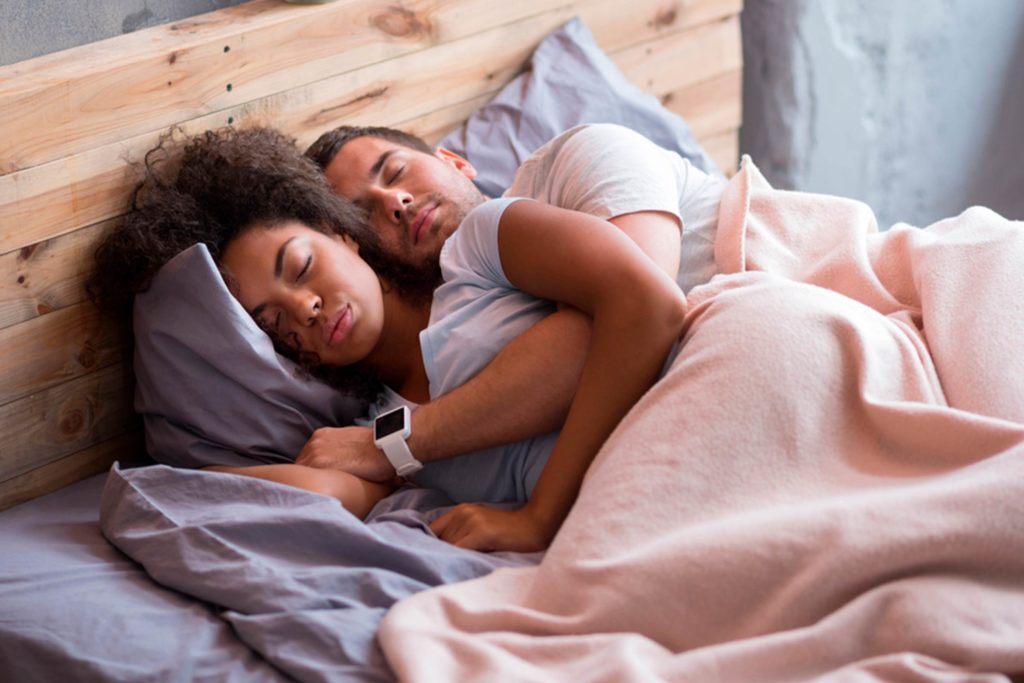 Interestingly, there were also discrepancies between male and females’ opinions; women found a partner who snored or stole the covers at night more bothersome than men. They rated blanket thieves at about a 6.3 on the annoyance scale as opposed to men, who deemed the irksome habit a 5.5. This may be more understandable considering that the biology of women can naturally lead to colder extremities, according to Daily Mail. On the other hand, men were most frustrated by women who eat in bed; men were also more likely than women to be annoyed by pets in bed.

If you find yourself vigorously concurring with the list of pet peeves and harbor a twin-sized bed, you may want to consider an upgrade. The survey found that folks with larger beds are less inclined to be aggravated by their bed partner. Men and women who slept in king or full-sized beds rated irritation at partners and pets much lower. (Here are 13 other interesting things you need to know about sleep).

We get that blanket thievery can be quite maddening. Ease the sleepy-time struggle by tucking the edges of your comforter under the mattress, cranking up the furnace, or adding separate blankets underneath the main comforter (one can never have too many blankets after all).

If all else fails, occasionally sleeping apart from time to time has been proven helpful; the survey discovered that married women were the most likely to enjoy a night in bed to themselves, with 17 percent reporting a desire to sleep separately. Married men were less likely to share that sentiment, with less than 8 percent wanting to sleep alone.