Student says she thought the shirts were harmless 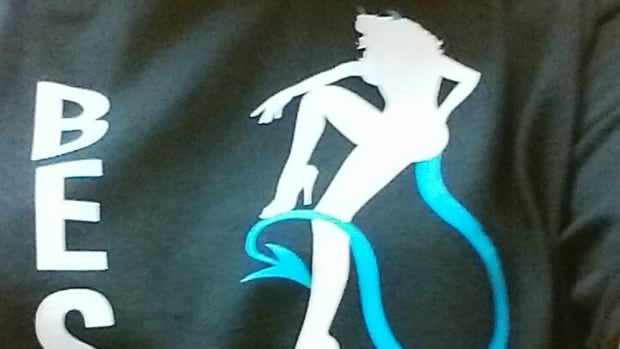 This is the image that adorned T-shirts of some female students at Dr. Charles Best Secondary School in Coquitlam, B.C. (Isabella Chu)

On the day Grade 12 students at a Coquitlam, B.C. high school were scheduled to have their photos taken, a group of female students decided to have some fun.

More than 100 of them wore T-shirts adorned with images of a woman in high heels and a bright blue tail. It was meant to be a cheeky take on the school's Blue Devil mascot.

Isabella Chu, 17, said when the time came to take her photo Thursday, the photographer said he was instructed by the vice-principal to tell the female students they had to either turn the T-shirts around, or pull them down so the image wasn't visible in the photo.

Chu was surprised and angry and didn't see what the fuss was about. She headed to the vice-principal's office and says she was told the T-shirts were "kind of suggestive."

Chu said she thought the images were harmless. 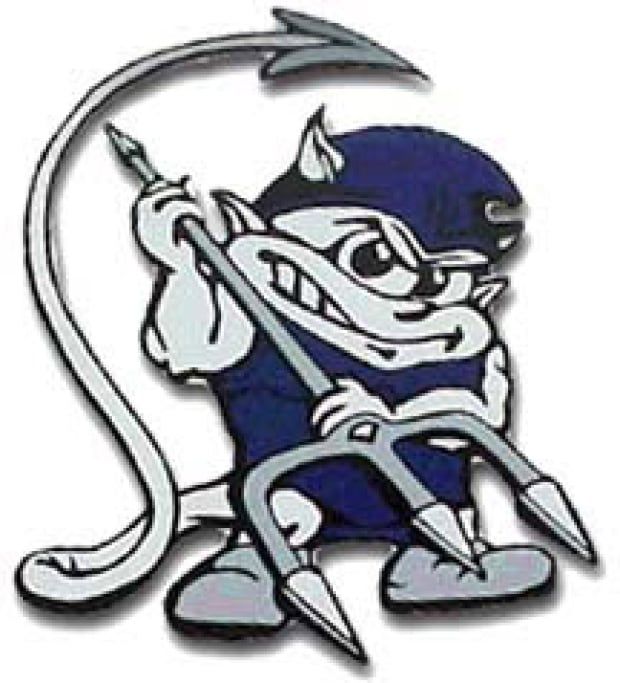 "It was a clip art picture of a woman wearing skin-tight clothing with a tail and two ears — so it kind of really looks like Catwoman [a fictional character appearing in film and comic books]," said Chu.

"I don't understand how anyone in the school would find Catwoman suggestive."

This isn't the first time a B.C. school has deemed an item of clothing inappropriate. Students at a Nelson, B.C. middle school launched a 'crop top protest' in May after a girl's midriff-baring top was said to be "distracting" to male classmates.

Dr. Charles Best Secondary wasn't involved in the production of the shirts the female students wore for their photos. The students made the purchase online for $20 through a Facebook group organized by another student.

But in an email statement from School District No. 43, community relations manager Peter Chevrier said the photos will be used for student ID cards, yearbooks and photo package needs.

There was no mention in the statement of whether the T-shirts were appropriate.

"There was a misunderstanding between the staff, the photographer, and the students," wrote Chevrier. "This was explained to students, and some students did adjust their shirts."

Adam Chu, Isabella's father, said it's up to the graduates to decide what they want to wear in the photos, even if years later, they might come to regret that decision.

"The T-shirt shows the girls were proud of the school," Adam Chu said.

"Maybe 20 years from now, when they look, they may think this T-shirt isn't the greatest one, but at the moment, this is their choice and I think they should respect that choice."

Isabella Chu said despite the incident, she has no hard feelings toward the school. "[I] don't want to portray the school as some bad guy, because they are just trying to do their best," she said.

"They just made a mistake."