Ax-throwing divorce parties are a thing. 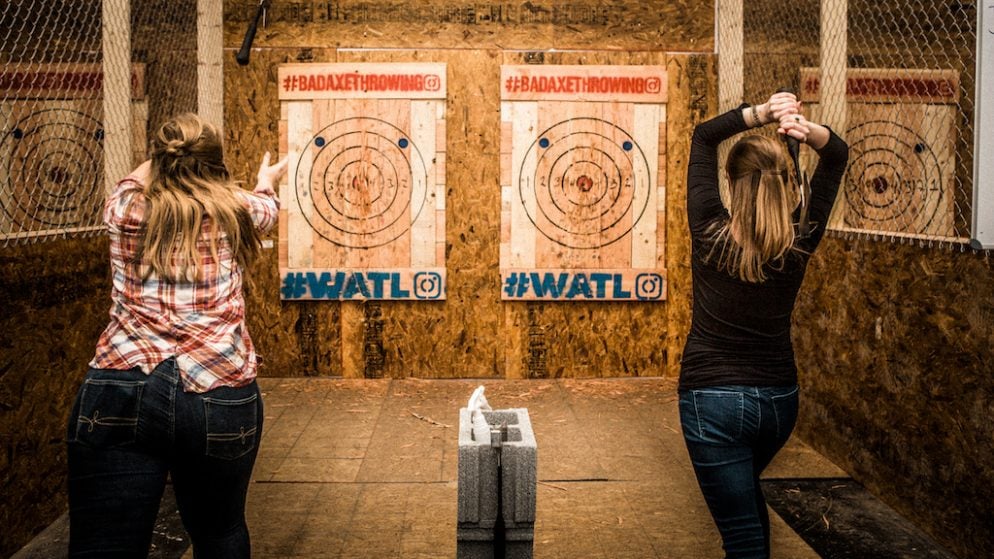 Since opening in November, Bad Axe Throwing in Northeast has hosted everything from birthday parties to bachelorette parties to business meetings with catered lunch and a projector. Also popular? Divorce parties, which, says marketing and development coordinator Melanie St-Amour, were a hit from the get-go. “When people are going through these major life changes, it’s a fun way to get together with their support systems,” she says. “Instead of [going to] the bar, they throw an ax, release some stress.”

If your bitter heart so desires, you can even bring a picture of your ex to use as a target. Or perhaps something more sartorial. “We had one lady who came in and she actually brought her wedding dress,” which they let her use as the target, says St-Amour. One guy sunk an ax into his ex-wife’s heels. 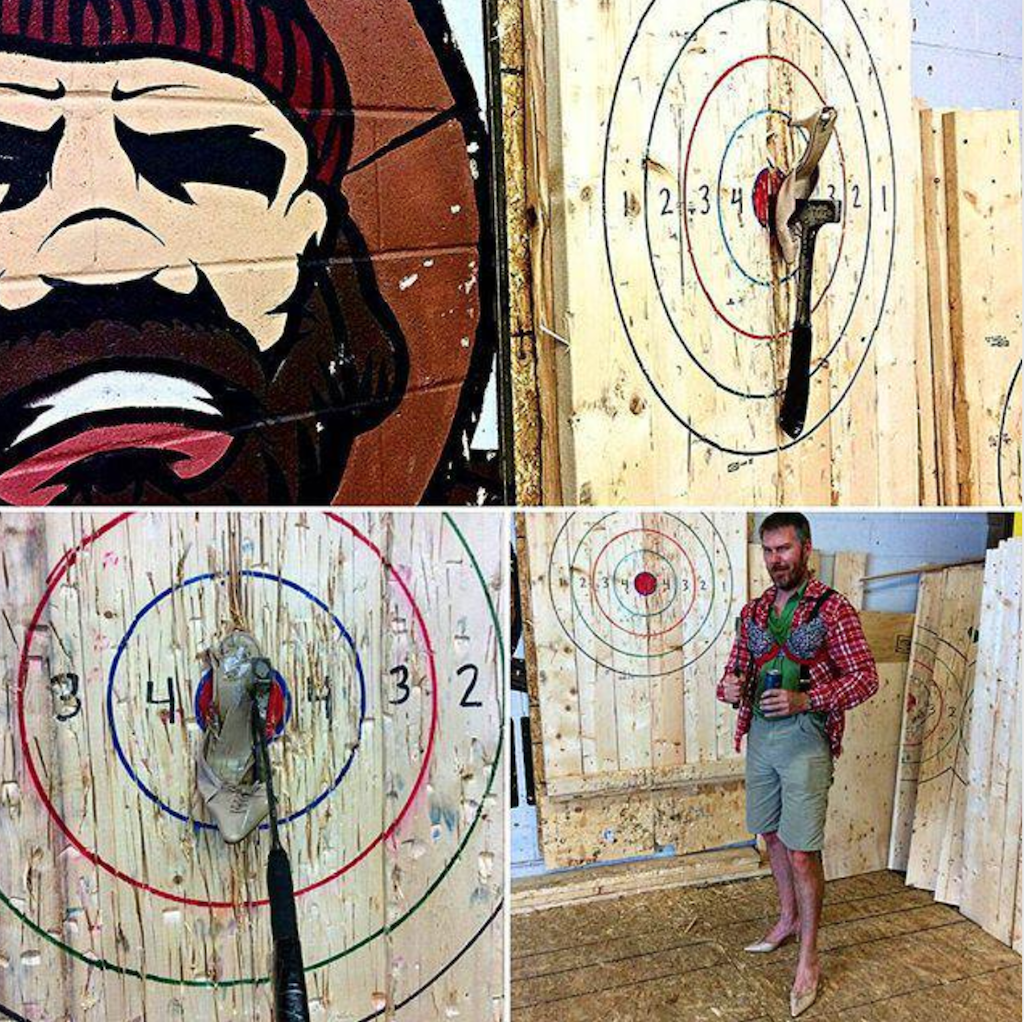 Once you’ve gathered your support squad, your party shares two ax-throwing lanes (kind of like bowling) and receives around 25 minutes of personalized coaching with both a 2.5-pound and a 5-pound axe. Then the tournament part of the party kicks off, and each person takes around 40 throws to see who’s crowned urban ax-throwing champ. You’ll need to book a group ex-fest in advance, but individual walk-ins are welcome if you’re having a particularly resentful day—twenty bucks gets you an hour of catharsis.

Who’s better at hitting the target, women or men? “Women, for sure,” says St-Amour. “They listen to the coaches. Men come in and go, ‘Rah-rah-rah, I don’t need instructions.'” According to St-Amour, women account for the majority of Bad Axe’s clientele, at sixty-percent.

Currently, Bad Axe—which has 16 locations and started in Canada, because of course it did—allows you to BYOB in all but its DC location, where it should receive its liquor license come spring. The club also hopes to serve craft beer. Says St-Amour, “Our motto is ‘Eat, drink, and be burly.'” 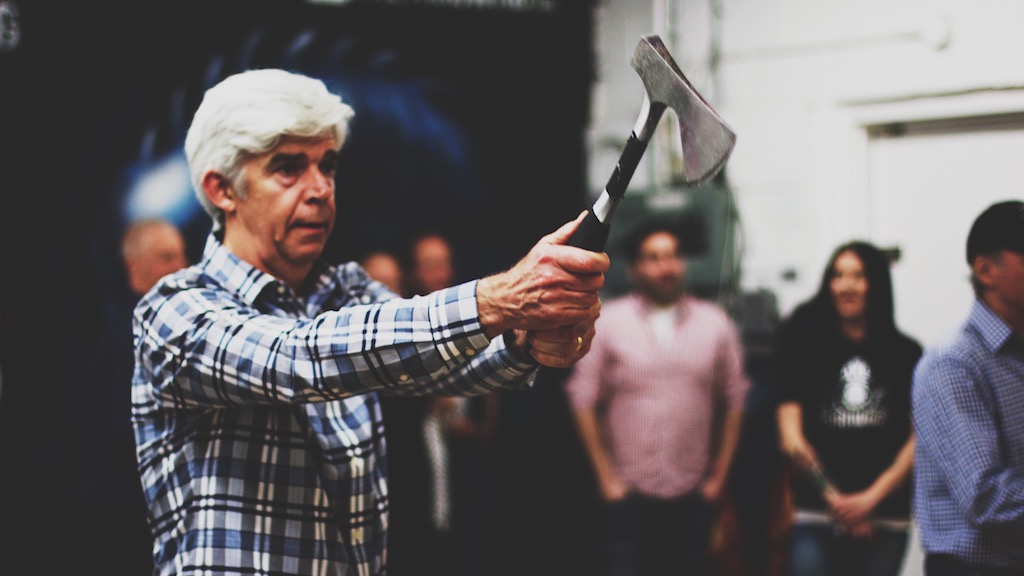 To book your very own ex-fest, visit Bad Axe Throwing.